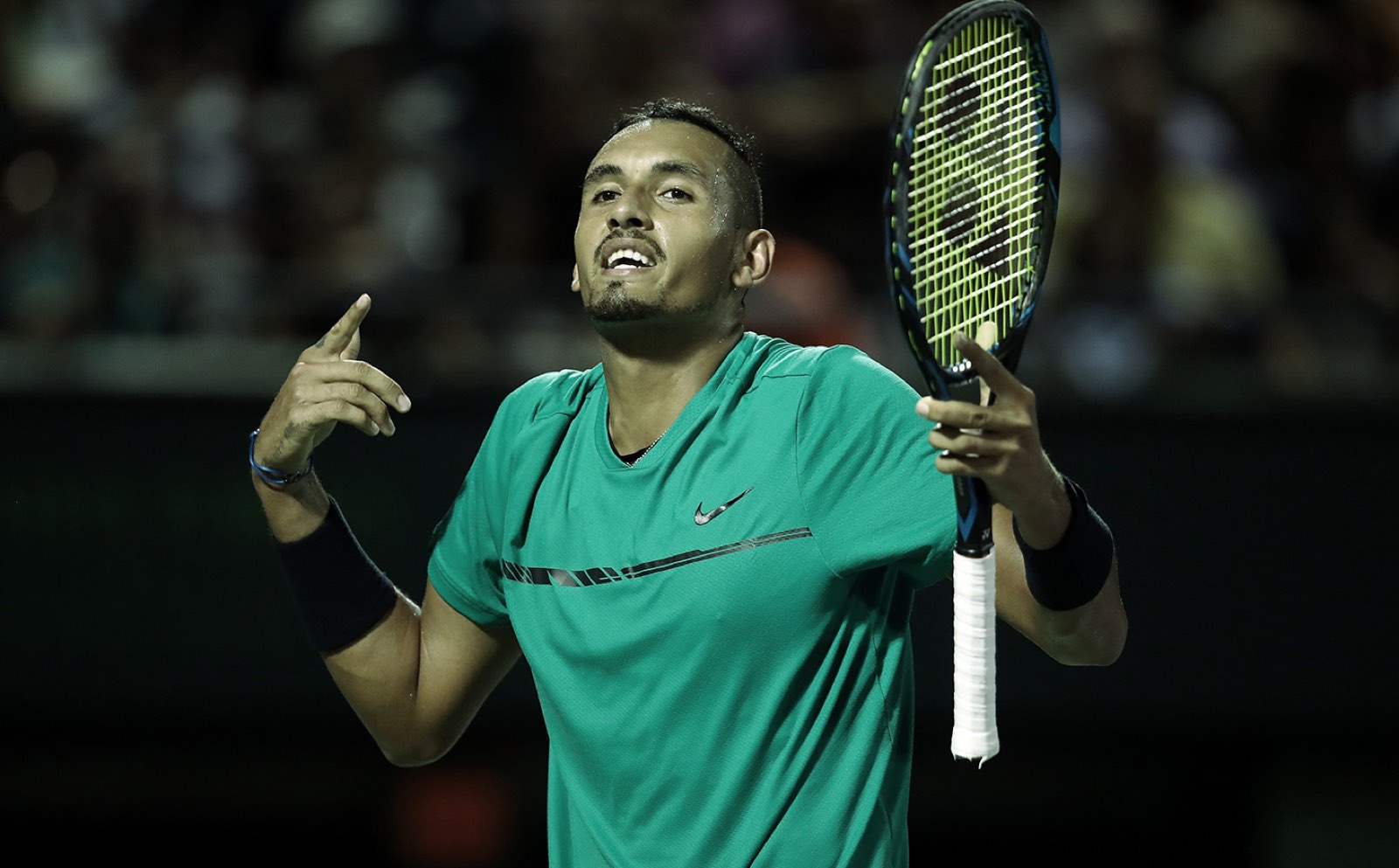 Nick was born to parents George, who originates from Greece, and mother Norlaila, who is from Malaysia. Nick is a very outgoing person who enjoys a practical joke or two, and it is these traits that make him such a popular figure among his peers on the ATP Tour. Away from the courts Nick enjoys being with his family and friends, watching and playing basketball and playing video games or spending quality time with his girlfriend, fellow Australian tennis professional Ajla Tomjlanovic. A lover of Malay and Greek food, Nick is often found in Melbourne or Canberra entertaining his friends at many of the great restaurants. Nick is somewhat of car buff and enjoys driving down to the coast or Sydney with his friends in his downtime. Nick is a massive supporter of several charities including under privileged-children, cancer research and the Elena Baltacha Foundation and is often known to make several donations or instigate different initiatives throughout the year. Social media followers of Nick will also know he is a big lover of animals and loves nothing more than spending time with his three dogs, Thor, Papa and the newest addition to the Kyrgios family, King.

Nick Kyrgios of Australia is one of the most exciting prospects not only in men’s tennis but in world sport. He is a former world junior number 1, winning the Australian Open boys singles title in January 2013 as well as three Grand Slam doubles titles, Nick was also a crucial team member of the winning Australian Junior Davis Cup team. In July 2014 Nick sensationally defeated world no.1 Rafael Nadal in the fourth round of the Wimbledon Championships and became the first teenager to defeat a world no. 1 in a Grand Slam event since 2005 and the first man to do so ranked outside the top 100 since 1992.

At the US Open in 2014 the young Aussie reached the third round (dispatching two seasoned pros in Mikhail Youzhny and Andreas Seppi). The slam also marked a ‘changing of the guard’ as Nick overtook Hewitt as the top-ranked Australian tennis player. At the start of 2015 Nick reconfirmed the considerable faith in his abilities by reaching his second grand slam quarter final as a teenager and on the way to the last eight he came back from a two-set deficit, saving a match point in the process, to beat Andreas Seppi 5-7 4-6 6-3 7-6(5) 8-6 in the third round. By reaching this stage of the tournament Nick became the first Australian player to reach the Australian Open men’s quarterfinals in a decade, and also the first teenager to reach multiple Grand Slam quarterfinals since Roger Federer in 2001. Nick reached his first ATP singles final at the clay court event in Estoril where he lost to Richard Gaquet.

Nick showed his clay court form in Estoril was no fluke and followed this up with an impressive three sets win over Roger Federer at the Madrid masters. During the grass court season, Nick showed his 2014 showing at Wimbledon was no one off as he reached the fourth round, enjoying a routine win over Milos Raonic on the way. Nick would end 2015 inside the worlds top 30 for the first time. In 2016 Nick would help Australia to their first Hopman Cup title in 17 years as he teamed with Daria Gavrilova to entertain the Perth crowd with some exquisite tennis. At the 2016 Australian Open Nick reached the third round (lost to Berdych) but quickly rebounded to win his first ATP title in impressive fashion beating three top tenners on the way all without losing serve. Nick would go on to reach the semi finals in Miami (beating Raonic), these results helped Nick secure a top 20 ranking for the first time. Nick would reach at least the third round at all four majors in 2016 for the first and he added ATP titles number two and three when he won the ATP 250 in Atlanta and the ATP 500 in Tokyo, moving Nick to inside the worlds top 15 for the first time.

Although 2017 wasn’t a stellar year for Nick it was still a good one with some outrageously entertaining matches and tournament appearances. As defending champion in Marseille Nick would reach his first semi final of 2017, going down to eventual champion Jo-Wilfred Tsonga in a titanic three set battle. Marseille was quickly followed up by another semi final appearance again in Acapulco, Nick was beaten by eventual champion Sam Querrey although Acapulco did pit Nick against Novak Djokovic for the first and saw Nick beat the former world number one in straight sets. During the spring US hard court swing Nick would reach the quarter finals in Indian Wells, beating both Alexander Zverev and Novak Djokovic before having to retire prior to his quarter final against Roger Federer due to food poisoning. Indian Wells was quickly followed by the Miami Open and thankfully Nick was able to recover and reach the semi finals for the second straight year with impressive wins over Alexander Zverev and David Goffin before going down to legend Roger Federer in arguably the match of the year in three tough sets. Nick led the Australian Davis Cup team to an impressive win over the United States In Brisbane win both of his singles matches against the higher ranked John Isner and Sam Querrey, sending Australia in to the Davis Cup semi finals. Due to injuries and personal issues Nick would not be at his best through the clay or grass court seasons, parts of the seasons he usually flourishes but he returned in the US for the summer hard court season and was able to reach his first Masters 1000 final with wins over Rafa Nadal and David Goffin. After the US Open Nick fought for Australia in the Davis Cup but unfortunately Belgium proved too strong, Nick followed this up with another final appearance, this time Beijing and enjoyed wins over Alexander Zverev before losing out to Rafa Nadal. Nick would end the year in Asia during to injury.